What you need to know before naming your startup

Sometimes, the strength of a business idea is enough to convince its founder that a name is insignificant in comparison. This thought can croak. Anyone who’s heard of Fashism, or the stories surrounding Bodega, know that deciding on a name is whatever the opposite of “easy, breezy, beautiful” is.

Every other part of a startup can be evolved, re-developed, scrapped and built over and over again after release—except for the name. It’s something you have to get right, ideally the first time. If you’re only starting out, a bad name might signal a lack of self-awareness and diligence to investors. It is the first thing you’re bound to say about your startup. On the other hand, a good name should function as a pod containing your idea, seamlessly carrying it from one conversation to another.

If it sounds hard, that’s because it is. There’s no scientific method for coming up with a good name—our own naming journey took us from Ava to Arms, before landing us on Claudio Design. So based on our own branding experience, here are some best practices for putting together a solid list and narrowing it down /to the best choice"

The dictionary can’t possibly have met the naming demands of the hundreds of millions of companies in the world right now. That’s why these naming conventions have been developed throughout the years:

1. Eponymous names strongly embody the vision and values of their founders. Disney is strongly associated with pioneering in the field of animation, while Armani is synonymous with red-carpet fashion.

2. Descriptive names put into words exactly what the company does. Anyone can tell what The Home Depot and Toys R Us are selling just by their names.

3. Acronymic names like KFC for Kentucky Fried Chicken are acronyms of descriptive or eponymous names. Slack actually stands for Searchable Log of All Conversation and Knowledge. That said, unless your startup’s acronym has an interesting double meaning like Slack, this naming convention is generally considered old-school and unimaginative.

4. Suggestive names use dictionary words that evoke characteristics of the brand or service. Uber means outstanding—a nod to its vision on transforming transportation. Facebook, on the other hand, is a composite while Instagram is a coined term born from fusing “instant telegram” into one word.

6. Non-english names are usually callbacks to a brand’s country of origin. Lego is an abbreviation of the Danish words “leg godt” which means “play well”.

7. Abstract names have no intrinsic meaning. Rolex is an onomatopoeia for the sound of a watch being wound, while Kodak is the sound a shutter makes when a camera is clicked.

8. Misspelled names attempt to add character to a common word or secure a URL. The early 2000s saw a dropped-vowel trend with brands like Flickr and Tumblr, but the most successful name in this category was founded in 1998. Google is a misspelling of “googol,” the mathematical term for the number 1 followed by a hundred zeros.

9. Location names take after any place on the map—usually the birthplace of a company. Although it’s been shortened to HSBC, the bank used to be officially known as the Hongkong and Shanghai Banking Corporation. Naming it after a country limited its reach, so it was turned it into an acronym to make the name sound universal and give it a better shot at global expansion.

You might’ve noticed that some names combine two or three conventions. Do take ideas from the list, but don’t be restricted by any particular item. If you’re still stuck, try a name generator.

Meaning and differentiation are the key ingredients at this stage of the process—what do you want your name to say about you? It’s easiest to create something descriptive, but your name should really stand for the big idea of your startup. Try dipping into suggestive and associative territories for the best results.

Associative names means thinking ahead in terms of the stories you will connect with your name. Nike is named after the Greek goddess of victory, but it took many, many campaigns to actually connect the name with sporting excellence. Nobody starts with a fully-formed brand. Years of good storytelling is required for a brand name to acquire meaning and connect emotionally with its audience. It all starts with a name that has a nice ring to it.

Step 2: Narrow it down to memorable names

The elimination process can begin once your list is complete. Though there’s a gut-feel element to naming, there are also tried-and-tested approaches to an unforgettable moniker:

Short and easy to spell

Naturally, shorter names are better because they’re easier to commit to memory. But this also want to think ahead to when you’re securing a domain for your startup. The easier for it to be typed on the address bar, the better. That’s why misspelling names is a tricky branding trend. On one hand, it might be easier to secure a domain; on the other, people will misspell your name on the address bar and they might miss your startup altogether.

Easy to say and remember

There’s actually a psychology to unforgettable names and it has to do with phonetics. The name should be easy to pronounce and must sound good when said out loud. Go ahead and ask friends to enunciate your startup name. If you really want to get ahead on phonetics, select an alliterative name. Coca-Cola is a good example; so is M&Ms. Alliteration and repetitive sounds can make something sound almost rhythmic and that’s a really good quality to have. Traditional oral stories have survived for so long because matching sounds link one word to the next. Circle anything with rhythm on your list.

One of the names we considered for Claudio Design, Ava, didn’t make the cut. Try your name on for size by getting other folks to say it out loud and asking them how it’s spelled. If it doesn’t come to them instinctively, crossing it out now is easier than waiting after you’ve already bought a domain.

Selecting based on presence and memorability is the name of the game for step two and there’s one last challenge to complete this portion: turn on your cultural sensitivity sensor. Bodega touched the wrong nerve because its name (and from that, its concept) appropriated a beloved Hispanic convention.

Eventually becoming part of everyday language is the highest achievement a company name can attain. Just like how “google” has been entered in actual dictionaries as a verb for “searching online”. For this to even begin to happen, you have to start by gaining ownership of every touchpoint people have with your brand name:

There are online tools—our go-to is Domainr—for checking the availability of the domain name you want. Naturally, the .com should be your priority as it’s the one most associated with credibility. Your domain name is an investment, so we recommend going out of your way to acquire that .com or .co address rather than settling for alternatives. The exceptions to that rule are .io and .ai if you’re in tech. Try to resist the temptation of using an alternative extension as part of the name. Something like del.icio.us is incredibly hard to spell and explain to people. There’s also a slight SEO disadvantage to this domain hack because search engines don’t look at extensions as part of the name.

While on the subject of domains, here’s another tip: For names with multiple words, make sure it isn’t spelled anything else when the words are together. There was once an unfortunate website called I.T. Scrap that had to learn this lesson the hard way.

Should you get stuck at this stage, try checking for name ideas similar to your initial one at Lean Domain Search.

Social media and other online spaces

Your website isn’t the only place people can access you from. They will expect you to have the same handle on social media, so it would be great to secure those online real estates as well. And while you’re already online, enter your potential name on Google Trends. This is to check if any similar name is getting hits so you can gauge what you’re up against.

It’s not over-the-top to think of securing exclusive rights to your name at the very beginning. Anything that isn’t protected by the law is fair game. The first step is to check for availability at the company registration office. It’s going to be a problem when you try to register your business only to find that there’s already something similar in the books. For trademark protection, try checking Trademarkia or the US Patent and Trademark Office if you live in the United States.

All of this is a lot of ground to cover. Startups already have their work cut out for them on the technical side of things and to add naming on top of all that is a pretty tall order. If it’s too tall, you may consider hiring an agency to do the work for you... like Claudio Design.

With unprecedented tools for digital marketing, you need to ensure you’re marketing smarter, not just harder.

Changes in response to COVID-19

We are living in unprecedented times as a new pandemic sweeps the globe. Here's what we're doing to stop the spread.

What do you get if you combine a room full of dynamic SaaS professionals, pizza, drinks and some excellent presentations on growth?

Book a Power Hour With Us.

Let’s jump into booking a power hour, so we can already establish your project core value and start working on your digital awareness. Or let’s start easy and treat it as a consultation hour, where we can share with you how to position better your brand. 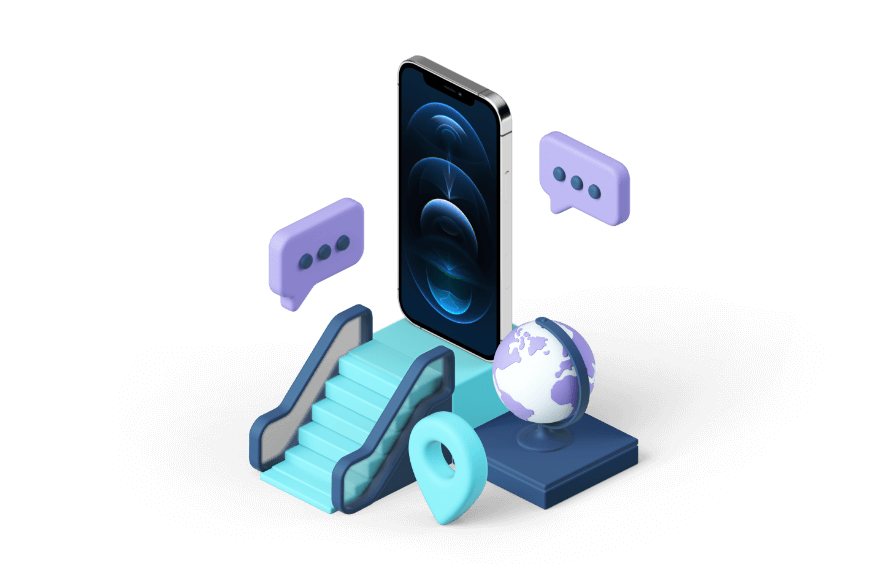